Or was that just me? 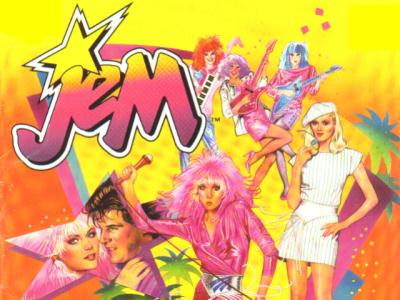 Anyway, it recently occurred to me that through the process of growing up and discovering my strengths and special talents, I failed miserably at almost everything I tried.

First, there was gymnastics. At the tender age of five, I learned how to execute a back walk-over (do a back-bend, then kick your legs over and stand up – a very technical move). It was then that I realized my fate was to become an Olympic gymnast.

Leotards were totally “in” in the 80’s and my hair looked cute in a ponytail. I was sold. It was no matter that I had the flexibility of an especially stubborn piece of plywood or that I was actually enrolled in tumbling-only classes because the beam and the high bar scared me.

The closest I ever got to Olympic stardom was getting Betty Okino’s autograph when she made an appearance in Wheaton, and you probably don’t even know who that is. In 7th grade I fractured my elbow doing a back flip-flop and that was the end of that.

Next, there was acting! As a kid, I required an audience for pretty much anything I did. I’m the first born and my little sister was especially tiny and cute, so I strived to be annoying and flamboyant and yell out “Hey look at me!” as much as possible, just to make sure no one forgot that I existed.

Give 9-year-old me a stage and bright lights and I nearly peed my pants from the excitement of all that attention. On ME.

Sadly, as hard as I tried, as much as I honed my performance skills with home productions of Aladdin, The Little Mermaid and the nativity scene (I’m not sure it was even Christmas when I came up with that one, but we had a light blue sheet that was just screaming to be made into Mary’s cloak), it turns out that I didn’t have an ounce of acting talent in my still unflexible body.

In park district plays (where everyone got a part), I scored roles that included a nameless munchkin, Card Soldier #2, and one of Snow White’s dwarves. When I tried out for the middle school play in 6th grade and didn’t even get in the ensemble, I got the hint.

And then there was the guitar. In high school, I was dying to be that cool folksy girl who could win everyone over with her stylings on the acoustic guitar. After all, I boasted an impressive collection of hemp necklaces and most of my clothes came from resale shops, so a guitar just went with the territory.

My ever-encouraging parents (who were probably thinking at this point “She has to be good at something, right?”) agreed to buy me a guitar for my birthday and pay for lessons.

I quit after a few classes, partly because my teacher literally could not stop laughing at me. Jerk.

Too bad knowing a few chords from Free Fallin’ and Sweet Home Alabama does not a rockstar make.

In college, I decided that I must be good at photography. I had no basis for this decision, but I was so convincing that my parents humored me (again) and bought me a very nice SLR camera. I proceeded to take a photography class one semester and completely proved myself wrong. I walked away from that class with only two decent photos, one of which was a double exposure that was pretty much an accident.

My lofty ambitions in my formative years not only helped to shrink my parents’ bank account, but also revealed to me the multitude of talents that I do NOT possess.

Lucky for me (and my self esteem), I always had writing. No matter what my current obsession was or who I was trying to force myself to be, I was always writing, no matter what. It wasn’t like my other “talents,” where I decided I needed to become good at something – writing just always happened. I couldn’t not do it.

I’m not saying I’m some writing whiz or something like that , but I guess it just makes sense that of all the talents I’ve tried to cultivate in myself, the only one I’ve had any degree of success in is the one thing that comes the easiest.

So I’ll stick with writing for now (mostly because it’s the only way I’m capable of effectively expressing myself and if I suddenly stop doing it, I might explode), but I don’t regret building my long list of failed talents.

After all, I now have a dusty guitar, a bunch of really uninteresting black and white photos, and some very embarrassing home videos to show for it. And I’m ok with that.

6 thoughts on “FAIL and repeat”