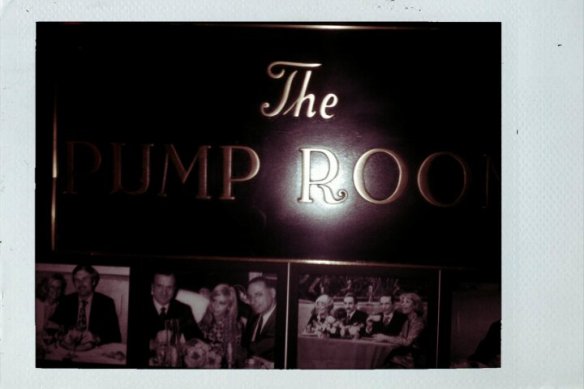 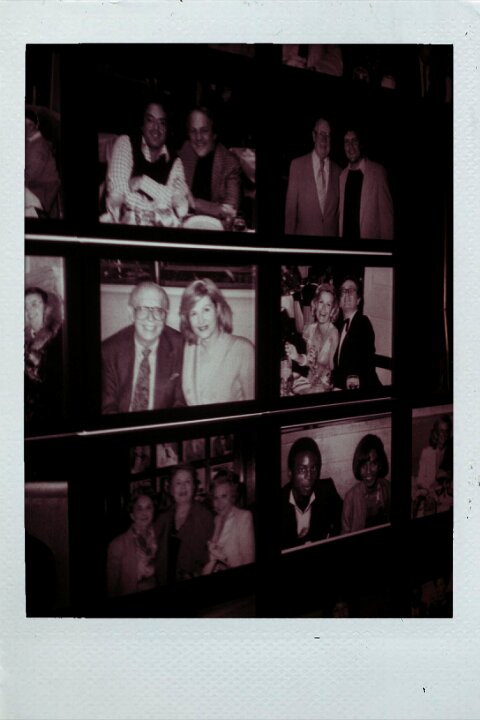 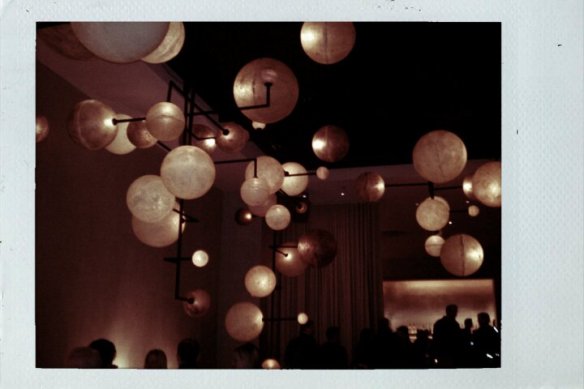 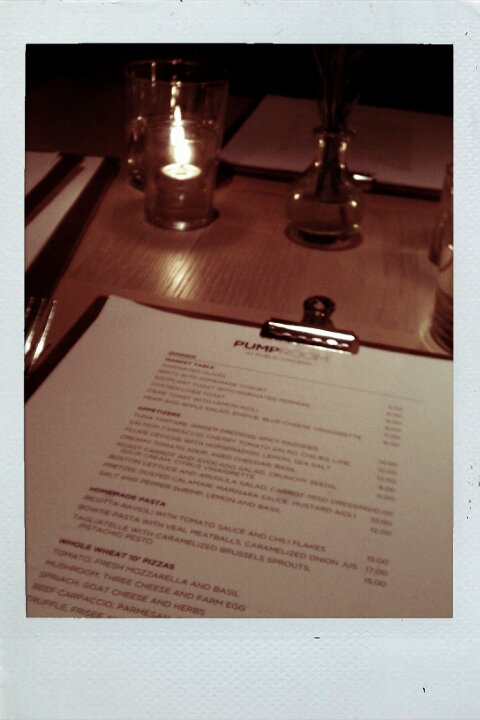 Last Friday was date night with the hubs (I actually never call him that) at The Pump Room.

Back in the day, The Pump Room in the Amabassador East Hotel was famous for its glamorous clientele (think Sinatra, Bogart, Bette Davis), and was the place in Chicago to see and be seen (read about it here). But it experienced a gradual decline in the 1990s and by the time I became a Chicago resident, I’m pretty sure that almost no one went there. <sad trombone>

But then along came Ian Schrager and Jean-Georges Vongerichten (fancy restaurant/hotel people), who completely re-worked the menu and  renovated the whole place, including the hotel, which is now called the Public Hotel.

It just reopened last month, and at the risk of sounding extremely un-hip – the place was hoppin’!

By the time we left, the restaurant, bar and hotel lobby were packed with very stylishly dressed people. The entire place was one big party!

The sleek, modern/slightly futuristic vibe of the restaurant is pretty cool (there are glowing balls of various sizes suspended from the ceiling), and the food is really good, and actually reasonably priced.

A few tips if you plan to check out the new hot spot in the Chi (yes, I’m aware I sound like a complete tool): dress to impress – trendy, but not too formal, go hungry, be ready to people-watch, and keep an eye out for celebs! (You know if you’re into that sort of thing…)