I was driving home from work yesterday when the perfectly coiffed, bobble-headed pre-teen heartthrob otherwise known as Justin Bieber came on the radio. After my knee-jerk (or elbow-jerk) reaction to change the station, I got to thinking – if the 13-year-old me was living in 2010, who would my celebrity crush be? 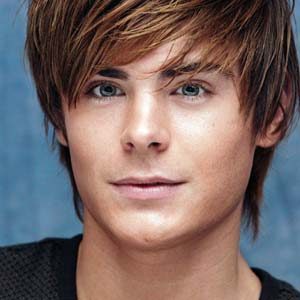 Is having weird flat-ironed hair a requirement for teen heartthrobs these days?

I guess it’s an improvement from Justin Timberlake’s brillo pad Bozo wig in the late nineties. 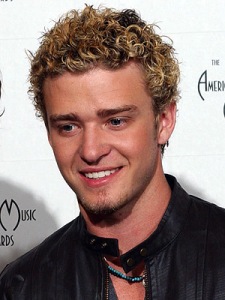 To be honest, the 13-year-old me had some slightly unconventional celebrity crushes. Sure, I held my Jordan Knight New Kids on the Block trading cards especially close to my heart, and I managed to convince myself that I was probably J.C. Chasez’s “type” and all we had to do was meet and it would be love at first sight.

But neither Jordan nor J.C. with their smooth dance moves and disturbing falsettos could hold a candle to the main celebrity crushes of my twisted adolescent life. I like to refer to them as The Big Three.

Ok people who didn’t live in Chicago in the nineties – I can hear you muttering “B.J. who?” under your breath. Allow me to introduce you to the cutest professional basketball player to ever hit the hardwood. At least as of the year 1999 – that was probably the last time I watched an NBA game.

From 1993-1996, the level of obsession I had with NBA basketball and the Chicago Bulls could best be described as fanatical (and worst described as unhealthy). And if you’re wondering why I stopped being so obsessed in 1996 right in the middle of their Repeat Three-peat, I’ll just say this: high school. Friends and a social life replaced my TV and basketball hoop on weekend nights. Thank God.

Anyway, B.J. Armstrong was the Bulls’ point guard in the early nineties and he managed to dribble his way into my heart with his cute smile and baby face. Every night, I slept underneath my B.J. Armstrong poster across the room from my B.J. Armstrong pennant. I think I might have cried when the Bulls released him in the 1995 Expansion Draft and he was snatched up by the Raptors. Since alcohol was not an option at that point, I drowned my sorrows in Nutty Bars.

When all the other girls in high school were swooning at the sight of the Backstreet Boys and *NSYNC on MTV (ok fine, I liked those groups too), I was watching A Hard Day’s Night and adding to my ever-increasing collection of Beatles CDs. My B.J. Armstrong poster was replaced by this poster of the Fab Four.

Paul was my dream man. Musically talented with a cute baby face (noticing a pattern here?). He wanted to hold my hand. And I would have given anything to oblige.

The weird thing is that in real time, Paul McCartney was actually a wrinkly (yet still charming) old man. This Paul did not interest me – I was all about the mop-top Paul in tight pants on the Ed Sullivan Show. Also, I really liked the long-haired hippie Paul and the way he sang “Smiles awaa-aa-aa-aake you when you rise” in Golden Slumbers. Who am I kidding, I still love the guy.

It all started with Alex P. Keaton on Family Ties. “Alex Keaton, he’s so cute!” (If you get that reference, give yourself a point. This point has no value and cannot be redeemed for cash. Just know that I like you.)

On most Sunday nights in the 80s, you could find me at my grandparents’ house watching Family Ties. I remember being disappointed whenever I heard the production credit, “Sit Ubu, sit. Good dog!”– that meant the show was over.

Alex was an intelligent, outspoken Republican who was hilariously uptight, a cheapskate, and super cute. Sounds eerily similar to my husband, come to think of it…

And we can’t forget about Back to the Future. I loved Marty McFly even more than Alex. I think that movie began my love of puffy vests. And Huey Lewis. Both of those things remind me of Michael J. Fox. I think he’s my density. (You can’t get enough of my obscure references, can you??)

Ok, my lunch break was over 5 minutes ago. Time to extract myself from this haze of adolescent heartthrob love.

Who were your random celebrity crushes? Let me know so I can stop feeling so weird about the B.J. Armstrong one…

In the meantime, I’m going to work on making normal hair cool again so my kids don’t end up idolizing boy bands who make Chia Pets out of their hair or something crazy like that.

7 thoughts on “Bulls, Beatles and Back to the Future: My adolescent loves”